Recruiting top talent is both an art and a science. A combination of people skills and automated technology helps companies find and hire great new employees. Traditional sourcing tools may produce a pool of qualified individuals, but how many of those people are open to new opportunities? Such tools also automate the recruiter’s “art” of building connections by sending templated emails to potential candidates. But does generic outreach lead to meaningful conversations?

The fine balance between art and science inspired the founders of humanpredictions to take a different approach to recruiting. They wanted to help companies source more efficiently by focusing on candidates that are not only qualified, but are also more likely to be interested in changing jobs. Their goal was to help recruiters be more effective by customizing their outreach to better engage individuals. 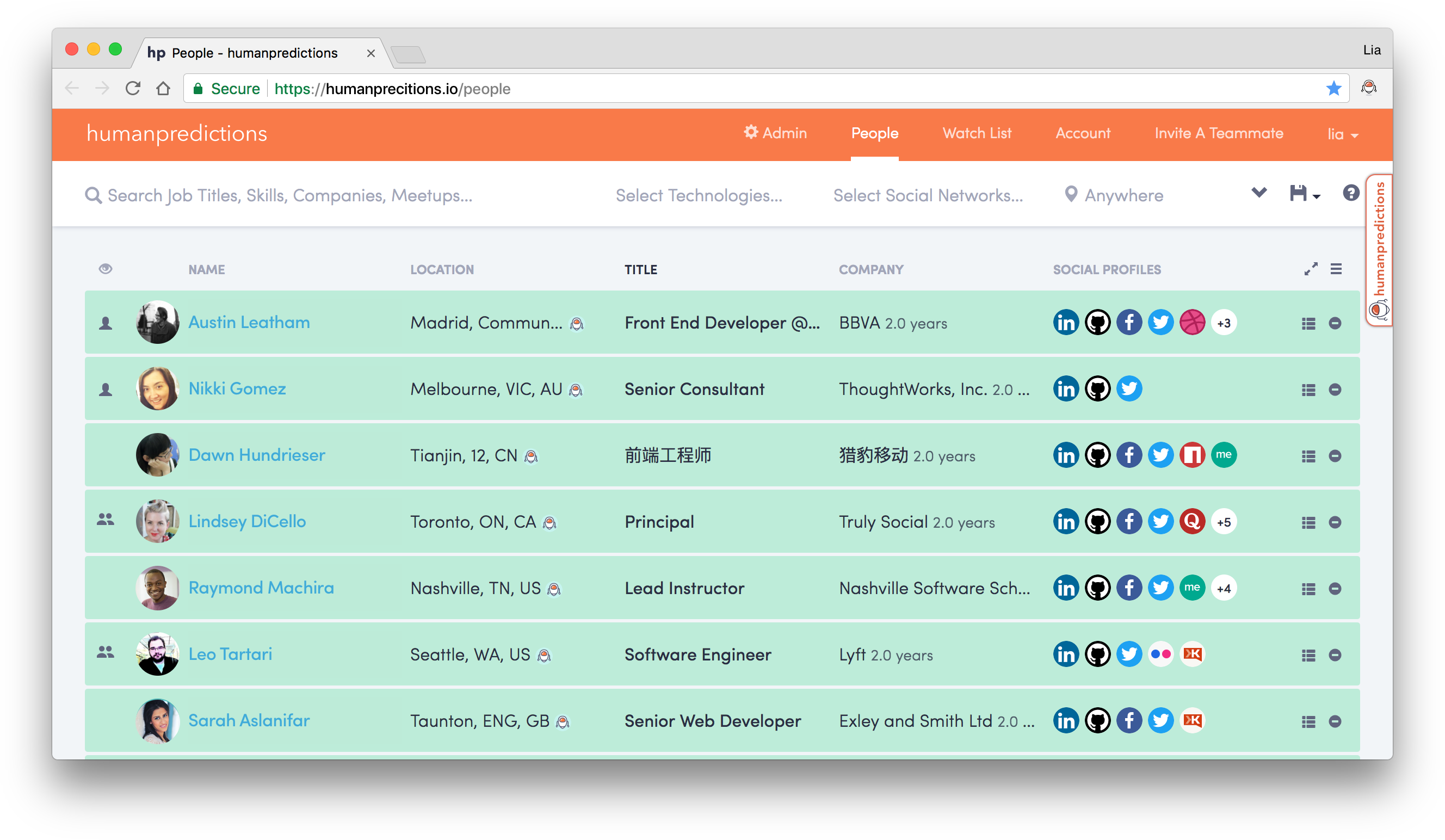 To accomplish this, humanpredictions indexes public data daily from niche and mainstream sources. The app uses machine learning to analyze the data and identify patterns that indicate job change readiness. For example, an individual may have deleted or hidden old code from their GitHub repos in order to prepare for interviewer scrutiny, or recently joined meetups in a new city because they might want to look for a job there. In addition, the app also tracks professional activities, such as conference talks or contributions to open source projects, providing a richer profile data set to recruiters. Recruiters get insights, recommended talking points, and highlighted content that can help personalize outreach to particular individuals. 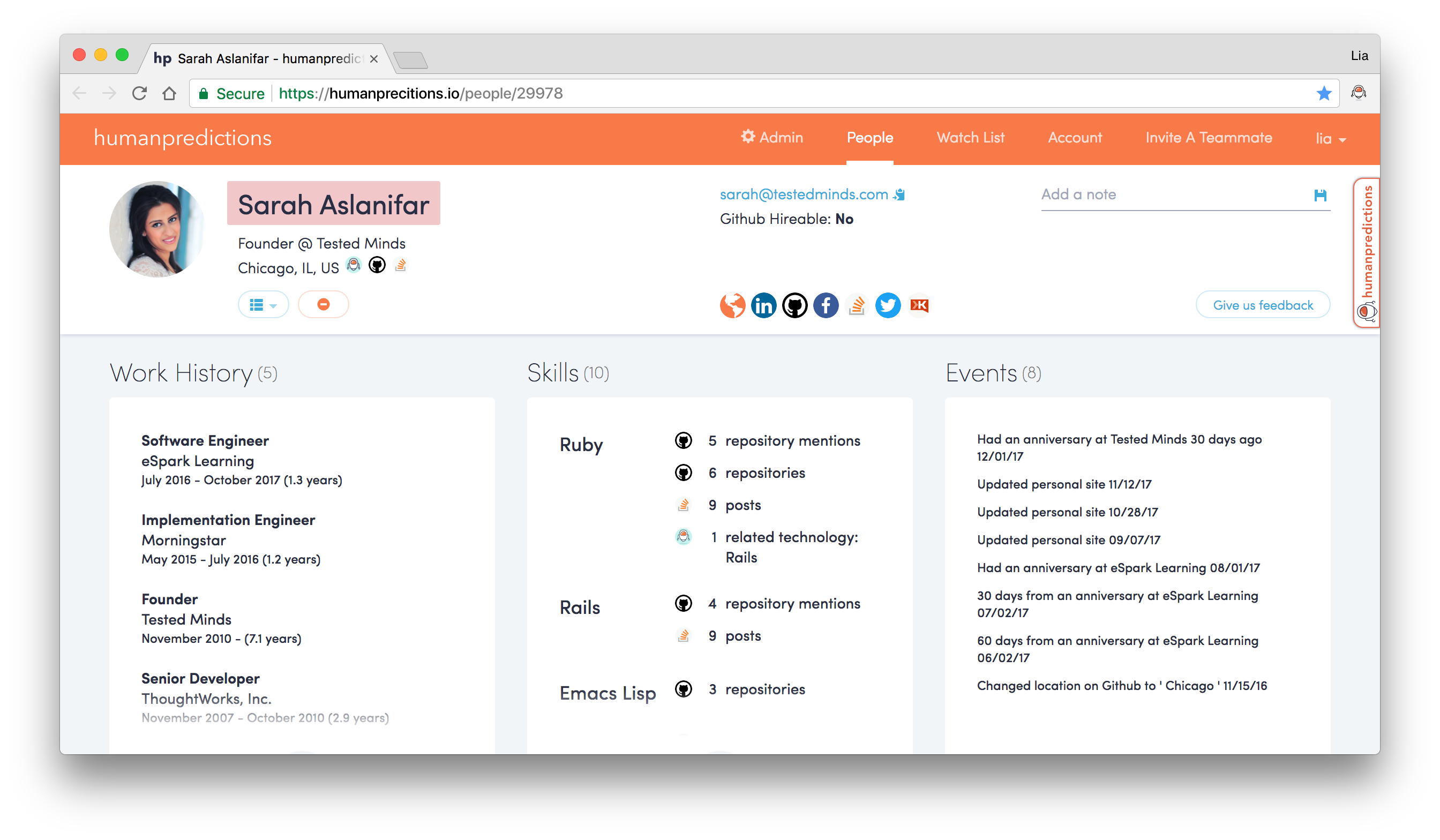 From MVP to prime time on Heroku

As a young bootstrapped company, humanpredictions needed to contain costs until they could onboard paying customers and gain business momentum. The team started out using Heroku’s free plan to build out an MVP and go to market with their new product. At launch, they had about 10k professionals in their database, all located in Chicago. Although it was running on Heroku’s free resources, the early product was able to still deliver on the founders’ core vision and prove commercially viable with an initial set of customers.

Heroku’s free plan allowed us to offset costs in the critical early phase of our bootstrapped startup. We could get an MVP up and running quickly on the Heroku platform and immediately demonstrate our value to customers. Elliott Garms, Co-Founder, humanpredictions

As their business grew, the app needed more redundancy and processing power, so the company moved to a paid plan on Heroku. They also upgraded their Heroku Postgres database so they could get more throughput, and added background workers to increase performance and set up for scale. A second app server allowed them to do rolling deploys.

Heroku lets us easily scale at the pace of our business, allowing us to dedicate a trivial amount of time to DevOps. John “h” Hundrieser, Co-Founder, humanpredictions

The humanpredictions stack is comprised of a primary app built in Ruby on Rails running on the Heroku platform. Heroku Add-on Elastic Cloud powers their Elasticsearch functionality, and Redis Cloud enables caching. As data is core to their business, the company needed a data store with no downtime and robust backup capabilities. They’ve found that Heroku Postgres has more than met their needs.

Heroku Postgres has been fantastic for us. It’s reliable, easy to use, and the upgrade paths are super simple. John “h” Hundrieser, Co-Founder, humanpredictions

The humanpredictions app writes more data than it reads. The team is excited about Apache Kafka on Heroku and has added it to their roadmap to support future data streaming needs as the business grows. 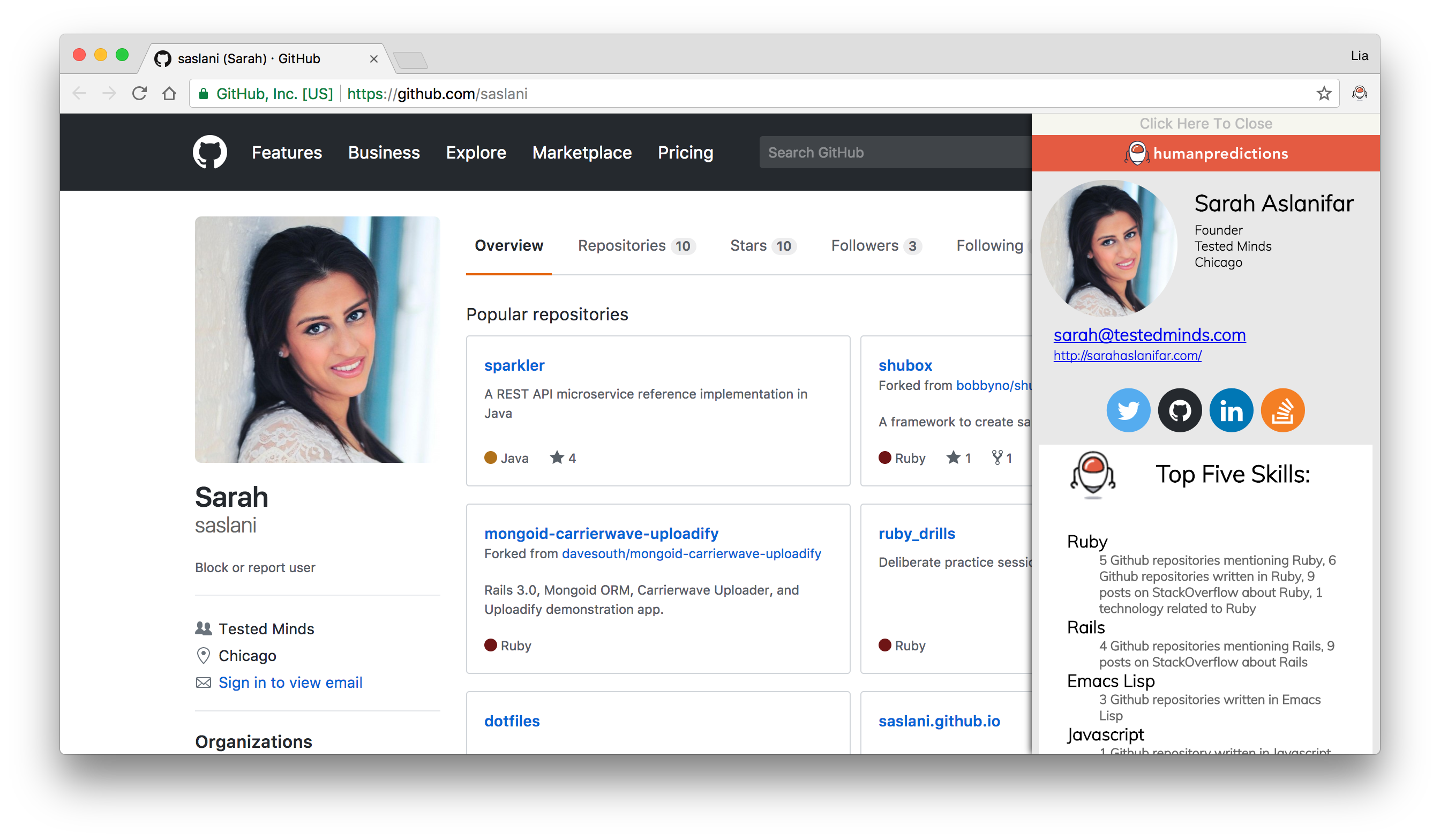 For this hot young company, the future is bright. They’ve been featured in Indie Hackers, SourceCon, and Recruiting Daily as one of the top 10 new recruiting products of 2016. They also participated in IDEO’s Start-up in Residence mentoring program, becoming the first HR technology participant.

As humanpredictions gains traction in the marketplace, the bootstrapped startup can rely on Heroku to easily scale resources, pricing, and services alongside the success of their business.

humanpredictions helps companies recruit technology professionals by surfacing those who are more likely to be interested in new job opportunities. The company analyzes public data from social media and other sources to make predictions and help recruiters tailor their outreach efforts. humanpredictions was founded in 2015 and is based in Chicago. For more information, visit: www.humanpredictions.io.