Sales reps in the field know how tough it is to multi-task on the go. They juggle numerous opportunities while trying to cover a vast geography and keep track of their quotas. They operate at warp speed on any given day, and like most people, can only keep a few tasks in mind at a time. Dropping the ball at a critical juncture could mean losing a lucrative deal or valuable prospect.

The founders of Boston-based Spiro Technologies had deep experience with sales challenges, as well as with implementing the Salesforce platform for literally hundreds of thousands of sales professionals. Leveraging this background, they set out to find better ways to support salespeople while on the road, specifically helping them answer the all-too-common question: “What should I focus on next?” Their vision was to create an app that recommends the best thing a salesperson can do to make money by helping them more easily drive the sales process forward across all their opportunities. 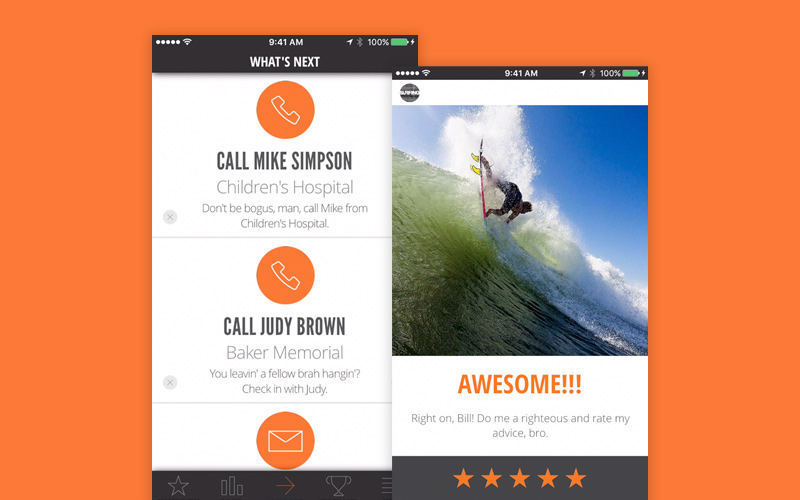 Spiro is an intelligent sales assistant that provides recommendations to sales reps on how to better advance their opportunities. The app learns from its sales rep user and pulls data from their Salesforce records, contacts, email, and calendar in order to surface the most valuable activities at any given moment. Its clean, linear UI is built for speed to keep pace with a busy rep, eliminating most data entry and providing quick and relevant summaries. Moreover, gamification features add a dose of fun during a hectic day, which keeps sales reps engaged, energized, and motivated.

Spiro integrates with Salesforce and is intended to complement the CRM backend by providing a lightning-fast mobile interface for sales reps to easily pull or input data into their customer records while in the field.

Running at the speed of sales on Heroku

Spiro’s founders were already fans of Salesforce, and choosing Heroku, part of the Salesforce Platform, to run their app made perfect sense. However, it wasn’t until they ran a pilot that they also became fans of Heroku. Having no prior experience with Heroku, Spiro’s engineers quickly became familiar with the platform and were ready to deploy and start testing within a couple of days. They loved how easy it was to use the platform and integrate with Salesforce, as well as Heroku’s ability to support their business growth.

After finishing a pilot, our development team knew that Heroku was the right platform for Spiro. They were excited get started building our stack on Heroku. Adam Honig, Co-founder & CEO, Spiro Technologies

Spiro is powered by a robust engine that processes a huge volume of data and complex workflows. The team chose to build it using Ruby on Rails due to the language’s flexibility and ease of use on Heroku, which allowed them to focus on development. The team also appreciated the convenience of developer tools such as the Heroku CLI command line interface and data migration tools, as well as automatic load balancing between multiple web/worker dynos.

Heroku's support for Ruby and Rails has been unparalleled in our experience. Heroku platform tools let us easily configure our Rails set up, run operations such as database migration, or debug on the fly. Because Heroku employs experts from the Ruby community, we get the best support possible. Andy Levi, Co-founder & Chief Product Officer, Spiro Technologies

Spiro uses Salesforce APIs to sync data between the app, the Salesforce Platform, and Salesforce Sales Cloud. The app also pulls data from external sources such as the user’s email and calendar, as well as external feeds that populate the fun rewards aspect of the user experience. Their machine learning algorithms and user-prompted feedback allow the app to get smarter and better tailor recommendations. 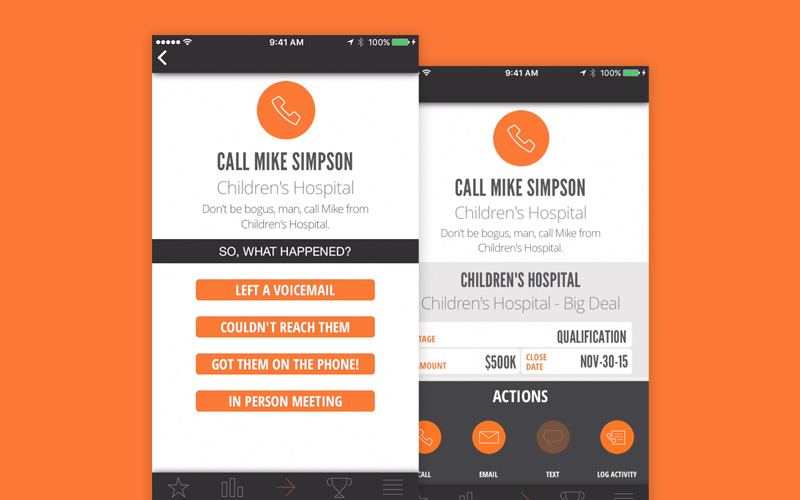 We rely on Heroku to help our app engine maintain a high level of performance while easily scaling as our user base grows. We wouldn’t be where we are today without a platform like Heroku. Andy Levi, Co-founder & Chief Product Officer, Spiro Technologies

Along with their Ruby on Rails implementation, the Spiro development team chose Heroku Postgres as their database and extended it with PGBackups and DbInsights to extract business intelligence insights and analytics directly from the database. The team was impressed with how easy it was to experiment with different Heroku Add-ons to determine which were a good fit for their app. They ended up using several key add-ons to provide additional functionality, including: New Relic APM to monitor and fine-tune their app, PostgreSQL Studio to run specific queries, Rollbar for high-performance error tracking, and Heroku Scheduler to run scheduled tasks.

The whole Heroku platform is great. Our team loves how easy it is to browse the Heroku Elements marketplace and see what add-ons they can try. In less than 5 minutes an add-on is installed and working – it’s fantastic. Andy Levi, Co-founder & Chief Product Officer, Spiro Technologies

Since launching a beta in June 2015, the Spiro team has received a slew of positive feedback from users who are delighted with the additional deals they’ve closed and the extra money they’ve made. The app has helped them stay organized and focused on top priorities, be better prepared for meetings, as well as reminded them of critical actions needed that would bring them closer to closing their deals. The game-like rewards aspect to the experience has also received rave reviews.

When a user authenticates with their Salesforce credentials, the Spiro engine parses their customer-related data, such as contacts, opportunities, activities, email, calendar, and phone interactions, to come up with the right recommendations for each stage of the sales process.

The streamlined UI is designed specifically for the busy salesperson on the go. It’s visually clean with a large display font, linear scroll, and touch entry that avoids the keyboard, making it exceptionally easy for the user to view their next activity and update their customer records with a few simple taps.

Spiro’s unique gamification features make organizational tasks more fun and engaging. The team worked with comedy writers from Comedy Central to develop humorous copy that can give a rep the smile or boost needed during a hectic day. Users can chose one of five personas—Surfer Dude, Jewish Mother, Fitness Coach, OMG, or R-Rated—and once a task is completed, they are rewarded by a “Spiro Snack.” This is a fun factoid, joke, or image from a public feed that reflects the flavor of the persona.

With Spiro, busy sales reps can work smarter, win bigger, and smile along the way.

Based in Boston, MA, Spiro Technologies was founded in 2014 by serial entrepreneurs Adam Honig, Andy Levi, and Justin Kao. Spiro takes its name from the Latin spīrāre which means to breathe, and the company’s mission is to ‘breathe’ dramatic improvements into the lives of salespeople through a powerful new opportunity management experience. For more information, visit spiro.ai.